For several years, the Generation 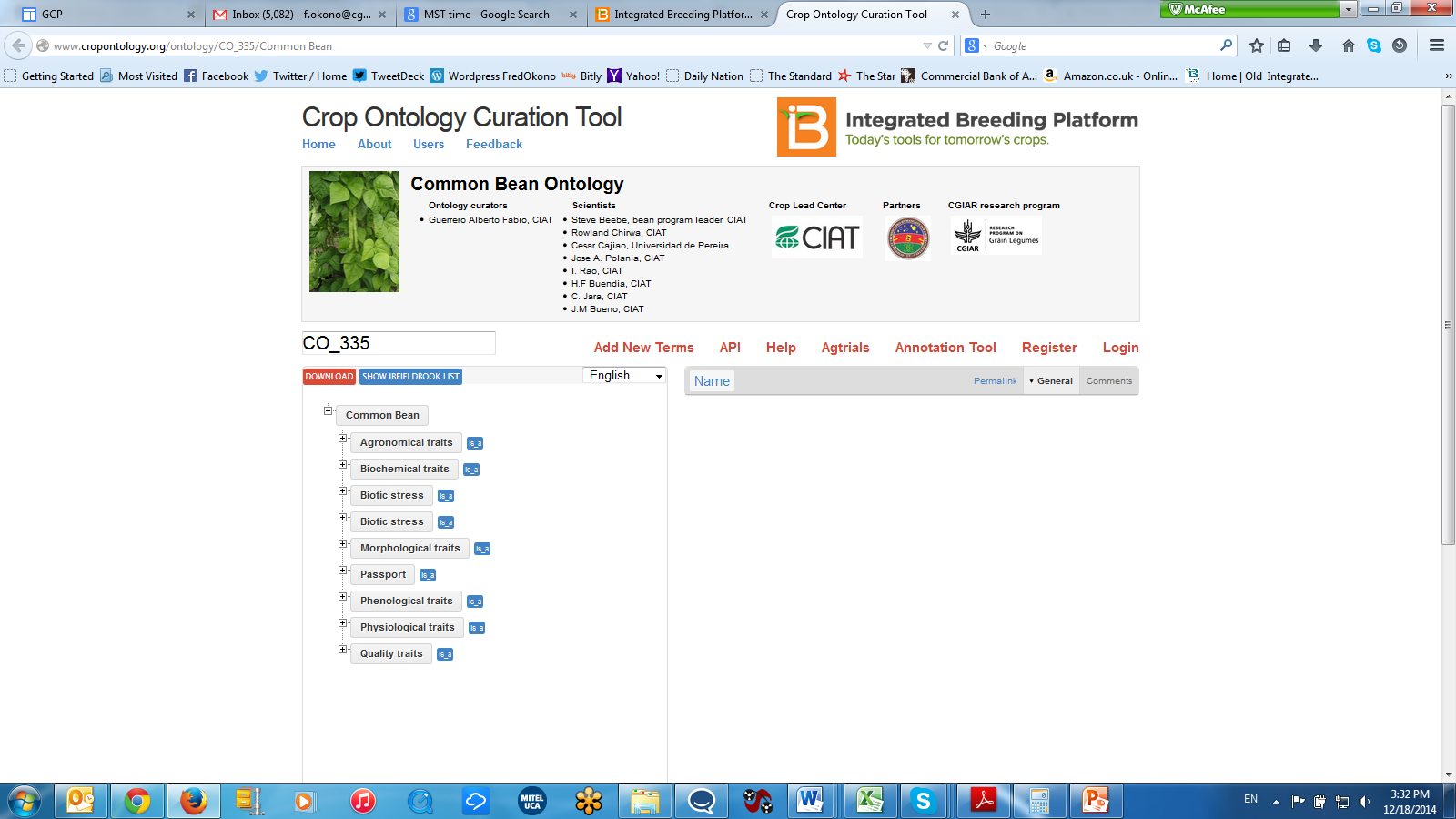 Challenge Programme (GCP) has supported the development of a standardised crop ontology as part of efforts to promote best practice in and sharing of crop research data. With GCP set to close in a few weeks, the US National Science Foundation (NSF) has approved a grant  for a 3-year pilot project  entitled Common Reference Ontologies and Applications for Plant Biology (cROP), to develop reference ontologies for cultivated plants.  The objective of the project is to improve ontology-based annotations for plant genomes.

The project targets the development of a common semantic framework for plants through the consolidation of a common set of existing ontologies. This set of ontologies will be published on a dedicated ontology registry from where users can search and download the concepts they need for annotating genetic and phenotypic data; obtain online annotation tools for curating gene and image annotations; and, access registered annotated data from distributed sources. Training of ontology curators in the use of the ontology development tools, photo annotation tools and the platform itself is an integral part of the project.

The cROP Portal is proposed to be hosted on the iPlant Collaborative cyber-infrastructure, which also hosts the Integrated Breeding Platform. The portal facilities and resources will also be available to 3rd party web sites through standardised APIs.

The cROP project will be presented at the forthcoming Plant and Animal Genome XXIII Conference at a side meeting planned for Monday the 12th of January 2015 at 4:30PM. A large number of CGIAR Centres and other research institutes are expected to collaborate on the project.